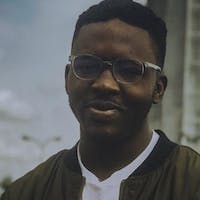 A popular myth we might have stumbled upon is that positioning items is a Nightmare. However, while this might be true, the idea that it is a nightmare has been reduced drastically over time.

By the end of this article, you would be able to position items on a webpage using five different position values. No more nightmares, yeah?

The Position property is a CSS property that sets how an element is positioned in a document.

The Position property can have some values, namely:

After defining the position property, Elements are positioned on the webpage using the Top, Down, Left, and Right properties, except, the static position is specified first. I know this might be a little confusing at first however, a few examples would make this a lot understandable. Great, let's carry on.

Giving an element a position value of static changes nothing because the static value takes the normal flow of a webpage, that is to say, Static is the default property value for elements on a webpage.

Note: The top, bottom, left, and right properties don't apply when the static position is defined.

The Sticky position value is very unique because it takes two-position values relative and fixed. An element with position sticky will maintain where it is positioned using the Top, Right, Left, and Bottom properties since it is relative but as soon as the page is scrolled to the top, the element becomes fixed and sticks to the top of the webpage.

Great you made it to the end, I hope you got a grasp of what positions are and how to use them.

Learn a lot from this, thanks for sharing!

awesome. Glad it was a good read, chief

Thanks for writing this, a good revision for me :) 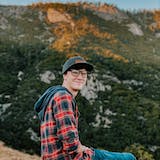 Husband, Developer, and Drinker of Coffee

Good stuff, thanks! Definitely a good refresher on what each of those values actually does!

awesome, I'm glad it was helpful

saving the world one line of Javascript at a time

Thanks for making this guide. I am learning JavaScript and css and came across your article after it was posted to reddit.

I have been working on a javascript page to demonstrate the use of floats and clears which is here:

After seeing your post I have started expanding it to include positioning.

Next I am looking at adding a X,Y position input or picker and css variables. I could even make the boxes draggable .

Do you think I should remove floats from this version?

wow, awesome work Christopher Caston, no I think you should leave the floats version, it shows different examples. And making it draggable would be a really nice idea.